Do the downloads!! Share!! The diffusion of very important information and knowledge is essential for the world progress always!! Thanks!!

Lung cancer is one of the most incident neoplasms in the world, representing the main cause of mortality for cancer. Many epidemiologic studies have suggested that physical activity may reduce the risk of lung cancer, other works evaluate the effectiveness of the use of the physical activity in the suppression, remission and reduction of the recurrence of tumors. The aim of this study was to evaluate the effects of aerobic and anaerobic physical activity in the development and the progression of lung cancer. Lung tumors were induced with a dose of 3mg of urethane/kg, in 67 male Balb – C type mice, divided in three groups: group 1_24 mice treated with urethane and without physical activity; group 2_25 mice with urethane and subjected to aerobic swimming free exercise; group 3_18 mice with urethane, subjected to anaerobic swimming exercise with gradual loading 5-20% of body weight. All the animals were sacrificed after 20 weeks, and lung lesions were analyzed. The median number of lesions (nodules and hyperplasia) was 3.0 for group 1, 2.0 for group 2 and 1.5-3 (p=0.052). When comparing only the presence or absence of lesion, there was a decrease in the number of lesions in group 3 as compared with group 1 (p=0.03) but not in relation to group 2. There were no metastases or other changes in other organs. The anaerobic physical activity, but not aerobic, diminishes the incidence of experimental lung tumors.

My suggestion of a very important Project…

Frases que digitei – Tecnologia – Informations about blog I did

Will you embrace AI fast enough

Researchers in the US describe how they utilised previously published scientific literature to guide the design of their potential COVID-19 vaccine.

Bionic Eye, As Sensitive as the Human Retina, May Give Sight to Millions

The ethical limits of artificial intelligence.

Calls for rethinking our pharmaceutical innovation system are swirling in the headwinds and tailwinds of Covid-19. How do we accelerate the arrival of treatments and vaccines in adequate quantities? And how do we ensure that everyone can access those treatments and vaccines?Wealthy countries have a moral obligation to ensure that vaccines and treatments are accessible to the poor as well as to the rich. Self-interest guides in the same direction: If SARS-CoV-2 continues to circulate because vaccines don’t achieve adequate global penetration, it is more likely to mutate, potentially initiating a new pandemic.The World Health Organization has proposed that companies should put their intellectual property into a patent pool. Numerous tech companies have joined an Open Covid Pledge, in which they commit to make their intellectual property “available free of charge for use in ending the Covid-19 pandemic and minimizing the impact of the disease” (though it must be noted that no large pharmaceutical companies have yet committed to it). These approaches would make every technology related to Covid-19 available for everyone.

This open science approach has many advantages; the main downside is that it doesn’t encourage private investment. As a result, the big pharmaceutical companies have not been very receptive, with Pfizer CEO Albert Bourla pointing to the disincentive effect.

Less than a movie ticket or ‘impossible to overpay’? Experts name their price for remdesivir

We might wish for nonprofits to perform the important function of drug development, given that the system we have tries to mesh the heartless exigencies of capitalism with the moral obligations of public health. Unfortunately, universities and governments have not historically been successful in bringing new drugs to market, although they are absolutely essential for basic science.

The reliance on pharmaceutical companies and the fear of high prices for therapies and vaccines for Covid-19 has even led to threats of aggressive price controls and compulsory licensing by high-income countries. France, Germany, and Canada have passed legislation that would facilitate measures to manufacture drugs without the permission of the patent holders. Other countries are looking at similar measures.

Pharmaceutical companies are fully aware of the public pressure to not profiteer from Covid-19. Johnson & Johnson, for example, has committed to sell its vaccine at a not-for-profit price. That’s great public relations, but it is hard to see how this works for investors. Most vaccines and therapies will fail, in which case the company swallows the loss. If it develops something that is effective against Covid-19, however, the company only covers its costs. This looks suspiciously like a way of suppressing investment in Covid-related innovation, exactly the opposite of what we need.

So how do we mobilize private investment while also ensuring that effective vaccines and therapeutics will be available on a global basis? I believe that a solution requires two components: subsidies and rewards.

Subsidies. Companies investing in treatments or vaccines for Covid-19 face substantial risks that their product will either not be successful or will come too late. We can’t allow companies to eschew investment because they deem the chance of success too low: we need them to pursue even long-shot solutions. Investments in Covid-19 therapies and vaccines should be subsidized by at least 50%. Governments are already using targeted subsidies to advance some projects. In the U.S., for example, the Biomedical Advanced Research and Development Authority has already committed $2.4 billion in subsidies for developing therapeutics and vaccines. The Coalition for Epidemic Preparedness Innovations has provided substantial funding, including recently $388 million to Novavax. Other governments have collectively committed billions.

Such funding should not automatically lead to reduced rewards in case a project is successful. If the idea of the subsidy is to accelerate the development of effective therapies and vaccines, a threat of reduced payoffs in case of success will backfire. If subsidies are tied to reduced rewards for any firm that is successful, the effect will only be to displace private investment.

Rewards. In addition to subsidies, we also need non-price rewards based on vaccine or therapy delivery, like those proposed by the Health Impact Fund, a model I have been involved in developing. If we rely mainly on high prices to support vaccine development, there will inevitably be a misallocation of vaccines from countries that need them the most to countries willing to pay the highest price. Such rewards could be incorporated into the proposed patent pool in order to transform it into a vehicle to attract private investment.

The WHO launched a voluntary Covid-19 product pool. What happens next?

In the Health Impact Fund model, the main reward for developing vaccines would be committed by governments up front and would not rely on high prices set after regulatory approval. Several proposals along these lines have been floated: Susan Athey, Michael Kremer, Christopher Snyder, and Alex Tabarrok have proposed a $70 billion “advanced market commitment” for supplying vaccines to the U.S. population. Rachel Silverman, Carleigh Krubiner, Kalipso Chalkidou, and Adrian Towse suggest a “value-based advance commitment” in which countries precommit to paying certain prices for fixed volumes of vaccines that meet specific technical requirements.

The U.S.-only commitment in the approach by Athey and colleagues is problematic since it omits 95% of the world. And the model by Silverman and colleagues requires countries to identify in advance the characteristics of the vaccines they commit to purchase. Given that the flock of vaccines moving toward approval vary enormously in terms of their technologies and likely other characteristics, such as effectiveness and side effects, it may be counterproductive to contract all the technical requirements in advance.

The Health Impact Fund model offers flexibility and the potential for wide geographic coverage. Here’s how it would work: Participating governments could commit a sum of money, say $25 billion dollars, to reward companies that develop vaccines and therapies that reduce the burden of Covid-19 over the next two years, with the requirement that such products will be made available for generic production and sale in all participating countries and all low-income countries. The time period should be limited to drive a rapid response and also because it enables rapid payback to investors.

The reward money would be allocated by a committee of experts nominated by the countries that funded the reward on the basis of the therapeutic benefit achieved by each product. That would provide strong incentives for companies to accelerate their research to increase product uptake since they would be competing for a fixed reward amount. Such a model would also allow firms that develop antibody therapies or antivirals to be properly rewarded.

To be sure, decisions around allocating the money would be challenging. But this is not an impossible problem: National and private insurance schemes ordinarily evaluate the value of new medicines. It is helpful to contrast $25 billion against the scale of Covid-19’s economic devastation, which a recent report from the University of Cambridge estimates at between $3.3 and $82 trillion.

This kind of approach would de-risk investment compared to the market — in which national governments may aggressively negotiate over prices, refuse to insure, or even issue compulsory licenses — since it would represent a minimum commitment to pay for success. In the United Kingdom, the National Health Service recently instituted a similar mechanism to support development of new antibiotics.

For governments, a Covid-19 Health Impact Fund would reduce the current competition over which country gets vaccinated first, since all countries could collaborate to offer a joint reward. That would reduce their budgetary uncertainty, while increasing incentives for private investors.

The key here is that we can afford to make some kinds of mistakes: We can pay too much; we can subsidize vaccines that don’t work out. But we cannot afford to discourage the pharmaceutical industry from participating in the search for the solutions we urgently and desperately need.

Aidan Hollis is president of Incentives for Global Health and professor of economics at the University of Calgary, Canada.

Please consider making a contribution to support our coronavirus coverage.

Learn more about STAT Plus 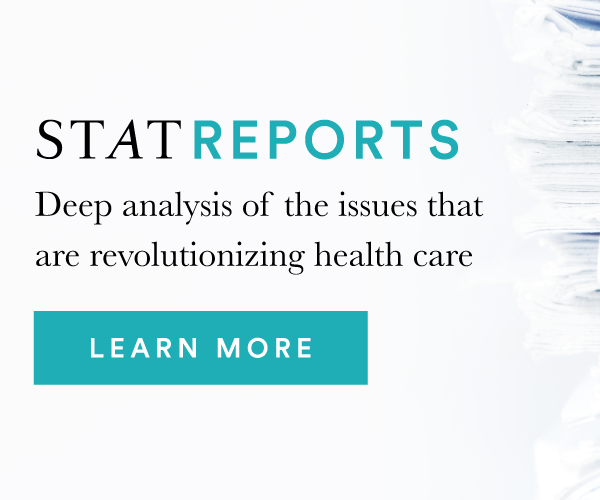 When a Covid-19 vaccine becomes available, who should get it first?

Covid-19 has exposed cracks in the global medicines supply chain. We need to fix them

My nightmare: Covid-19 meets racism meets the killing of a Black person by police

It’s time to bring generic drug manufacturing back to the U.S.